WILL YOU GET YOUR BODY OF LIGHT AND ASCEND? 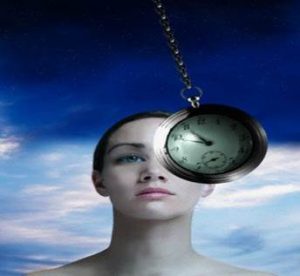 Are your ready for your lightbody?

Everyone will step into it sooner or later, one way or another. It is the destiny of humanity to come to know its own divinity. It is nirvana and light-merge; it is becoming one with the All. It is wonderful, and you will come to experience it…regardless of which pathway you choose to awaken and even if it takes you another lifetime or two.
To assume our lightbody’s we have options: death and resurrection or empowered ascension. Death and resurrection are, as the terms imply, a death crossing followed by a rising again to life. It doesn’t matter how death comes; our spirits leave our bodies and the body shuts down. The empty body, no longer the vessel of a living being, is sloughed off, discarded and decays. The lightbody then rises after the death has occurred.

Empowered ascension although a complex process requires much conscious preparation and can be done if one chooses during this current life cycle. Once the vibration is raised high enough the lightbody will be able to enter the physical body while still living, no death will occur. It is a result of expanded consciousness and taking responsibility for the reprograming of the mind. Overcoming the illusions of separation and bringing the body’s multi existences into balance including the etheric, spiritual, emotional, mental and physical bodies.

But empowered ascension is beyond a simple integration involving the physical body with the body of light vehicle. Ascension it is not a birthright; it must be earned. It must be actively, consciously co- created through the use of practice, integrity and intention. When properly executed the empowered ascended one becomes as a living aspect of God on Earth. She or he will be in full oneness with the higher powers or higher self, or I Am Presence yet will also walk the Earth in an ascended state of grace, taking part in the life of the planet and in the lives of its inhabitants as she or he may see fit. If it’s what you want, you can do it. The concept of empowered ascension is a uniquely human one, and will mark the creation of a new breed of human beings in whom higher powers are also vested.

Most importantly in order to ascend you must have your lightbody without it there can be no ascension. To get the lightbody you must raise and sustain your vibrational frequencies at higher levels without losing your balance and to be able to remain in the loving space of the heart.
It is an unprecedented time in history do you want your Lightbody and Ascend this time?

Are you a MEMBER?